10 Surprising Things You Can Do with a Chromebook

We’ve all heard about Chromebooks, and maybe you’ve even tried one. Chromebooks come in at an excellent price point, but get dissed by some for thin specs and dependence on an internet connection.

So what can you do with a Chromebook today? Things have probably changed since you last tried one of these versatile, affordable machines. You can now get one with beefier specs, better software picks, and a range of offline options.

Let’s get you going with a quick overview of how Chromebooks are different. Then we’ll answer questions like:

We’ve got you covered in this article, and we’ll also show you how to download music on a Chromebook.

What can a Chromebook do?

Chromebooks won’t ding your credit card like other laptops because they skip the expense of MS Windows and run on the Google Chrome OS. They also go light on hard drive size because they store most of their data in the cloud.

They boot up faster than most laptops at about 8 seconds, and keep you working and playing all day with now-legendary battery life.

But what about the supposed dark side of Chromebooks? People used to say if all you do is surf the web and work with email, you should get one. And if you wanted to do more, you needed to spend more. But times are changing.

Today’s Chromebooks can pack Intel® processors and even entry-level models sport 4GB of RAM. You can even work and play offline when the internet is not an option. Plus, you can run Photoshop, MS Office, and a growing list of Chrome OS games. So what can you do with a Chromebook? We’ll get you started below.

1. Can you use Microsoft Office on a Chromebook?

The full Microsoft Office suite runs on Chromebook, thanks to Office Online on the Chrome Web Store. An entry-level model like the HP Chromebook 11 can create, view, and edit Office documents right in the Chrome browser.

Want to give PowerPoint presentations for extra workplace traction? Chromebooks can do that, accessing the full slate of features like animations and slide transitions.

You can also use OneNote to maximize your teamwork skills, or Microsoft Sway to create quick, attractive websites and presentations.

Word of caution: you’ll need to sign in to Microsoft with a valid personal, work, or school account to use the software. If you already run Office on a desktop, you can also tap into it with Chrome Remote Desktop (see #4 below).

2. Can you play games on a Chromebook?

Yes, yes you can. There’s a list of the best Chrome OS games below, but here’s the big question: Can you get Fortnite on a Chromebook? Well - yes and no. That is, you can play it, but you can’t download it to a Chromebook.

You have to stream it from a home PC with Chrome Remote Desktop. With that hack, you can get Fortnite or any game or application you like, including Rainbow Six: Siege, the latest Call of Duty, and Control.

Do you just want to play native Chrome OS games? Here’s a list of the top 20. Want more? Look in the Google Chrome Store or Google Play Store.

Chromebooks can play all the Android games you want to your heart’s content. The best bet for gamers is the HP Chromebook 14 for its Full High Definition (FHD) display.

The big question for many users is, do you have to be connected to the internet to use a Chromebook? Nope. Certainly for cloud-based apps or remote desktop tricks, you will need an internet connection. But many applications, including Google Drive, Kindle, Gmail, and Google Calendar, now let you store working versions of your files right on your Chromebook for offline use.

Just about any of the Android apps available through Google Play work fine without an internet connection. That includes Instagram, Dropbox, and Evernote. Want to watch movies, view your photos, or listen to your favorite music on your HP Chromebook? Just download them.

Wondering how to download music to a Chromebook? If your tunes are stored on Google Play Music, just choose the song you want, then Click More > Download.

You’ll be surprised at the audio quality too, especially with the thumping HP-tuned Bang & Olufsen dual speakers in the HP Chromebook 14.

4. Tap into your desktop PC with Chrome Remote Desktop

Here’s the real kicker: remote desktop access. If you download Chrome Remote Desktop to a home PC, then leave it running, you can run any program you like straight from your Chromebook. That includes Photoshop, Adobe Premiere, the full Microsoft Office suite, and even high-end apps like Blender or Apache Spark.

You can even run processor-heavy games like Stellaris or Assassin’s Creed from a Chromebook - if you’ve got a desktop at home to run the game for you. The trick is that the Chromebook’s memory, storage, and processor do very little of the heavy lifting, since your home PC provides all the muscle. Either way, this feature exponentially expands your list of things to do.

5. Can you run Photoshop on a Chromebook?

The good news? Adobe released a group of Photoshop Android apps that run on Chromebooks. From the Google Play Store, you can install Adobe Photoshop Express, Photoshop Mix, Photoshop Fix, and Photoshop Sketch.

So now you can use Photoshop Android apps to edit photos on Chromebooks. There are also Android app versions of Adobe Lightroom, Illustrator, and much more.

Maybe you want to edit photos, and want some alternatives to Photoshop? In that case, there are several excellent Chromebook photo editing apps, including InShot’s Photo Editor Pro and Meitu’s AirBrush. The best HP Chromebook for Photoshop? The HP Chromebook Enterprise x360 14E for its 8GB of memory and FHD display.

6. Watch movies on a Chromebook

You may think Chromebooks wouldn’t be ideal for watching movies, but you’d be flat-out wrong. The HP Chromebook 15 sports a surprisingly crisp 15.6-inch FHD touch screen to stream the latest episode of The Mandalorian. And dual Bang & Olufsen speakers make the audio pop.

Out of pocket? Download your flicks for remote use. You can store movies and shows just like you’d download music files to your Chromebook. It’s as simple as 1, 2, 3:

You can then add offline movie viewing to your growing list of things to do on your laptop.

Now that Chromebooks can run all the Android apps, they’ve become the little computing engine that could. You can hold remote meetings with friends, family, and co-workers with Skype.

Have you always wanted a voice assistant? You’re in luck, because your Chromebook can run Google Assistant, with all the shopping-listing, reminder-creating, and smart-home-control that implies.

8. Edit video on a Chromebook

Some people may tell you that you can’t edit video on a Chromebook, but they’d be wrong. There are actually two great ways you can do this. The first and easiest way is to pick one of the highly-rated and easy-to-use Android apps for video editing.

For example, try Video Editor & Video Maker from Inshot. It’s got a 4.8-star review from 4.2 million users and counting.

Want a more robust video editing experience? You can use Adobe Premiere on a Chromebook, with a little fudging. No, you can’t download and install Premiere, but use Google Remote Desktop if you have Premiere on a home PC and you can work on the most involved editing jobs remotely. (See #4 above for details.)

A Chromebook that’s a 2-in-1 convertible laptop? Yep, thanks to the HP Chromebook x360 14 G1. This one will wow you as you fold the screen around to work in tablet mode or pop it into tent or stand mode for seamless binge-watching or collaboration.

The specs are pretty mind-blowing too, with an Intel Pentium processor, 8GB of RAM, and a 14-inch FHD touch screen display. Want an Intel Core i5 processor instead? You can get that in the HP Chromebook Enterprise x360 14E. The downside of these two 2-in-1s is that they’ll pull you up out of the Chromebook’s traditionally low price range.

10. Go where no laptop has gone before

One of the best things to do on a Chromebook is to take it with you where you wouldn’t normally bring a laptop. Their low price point and solid durability means you won’t worry any more about it than you would an inexpensive smartphone.

Should you buy a Chromebook?

When it comes down to it, a Chromebook is a solid option for the computer user on a budget who doesn’t mind running Google’s Chrome OS instead of MS Windows.

While the hard drive sizes are on the smaller side, the cloud storage options and plenty of cloud-based Android and Google apps fill the void nicely. With so many options for Chrome OS games and Chrome Remote Desktop, you can run just about any app you want, with a little effort.

However, there are some options you shouldn’t miss if you’re in the market for a budget laptop from HP.

Alternatives to a Chromebook

They may be on the high end of the Chromebook price range, but some entries in the HP Pavilion series are excellent picks with high-end processors, RAM, and storage options that can make you feel like you broke the bank to get it.

Chromebooks have come a long way since they were introduced in 2011. They can be 2-in-1s, run almost any app on the planet with Chrome Remote Desktop, play Chrome OS games, and run Google and Android apps like Skype, Google Docs, Google Sheets, Google Assistant, WhatsApp, and many more.

Chromebooks are no longer a stripped-down computing option for those who can’t afford a “real” computer. Increasingly, the “What can you do with a Chromebook” question has a growing library of answers. In fact, what can’t you do? 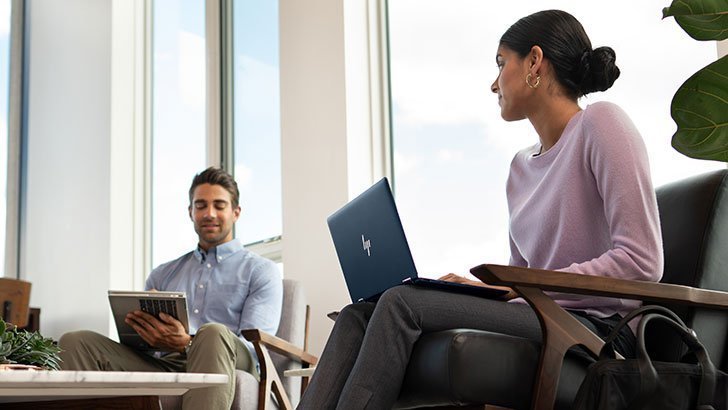 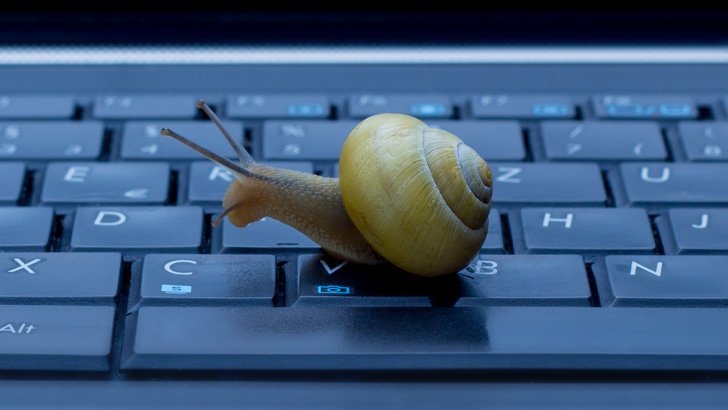 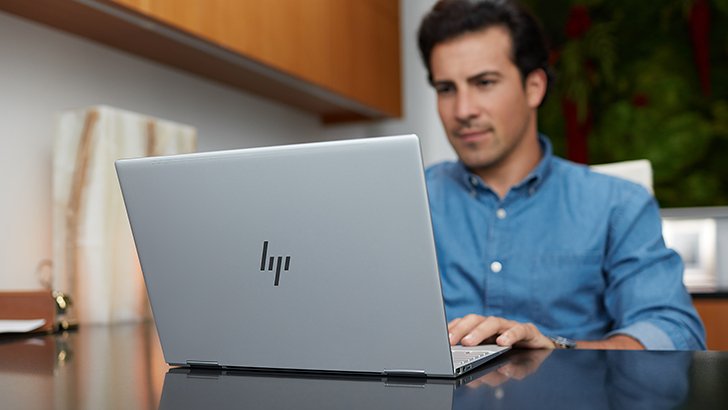 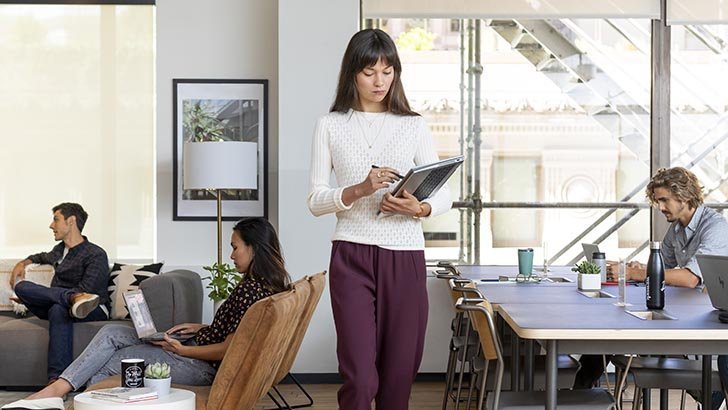 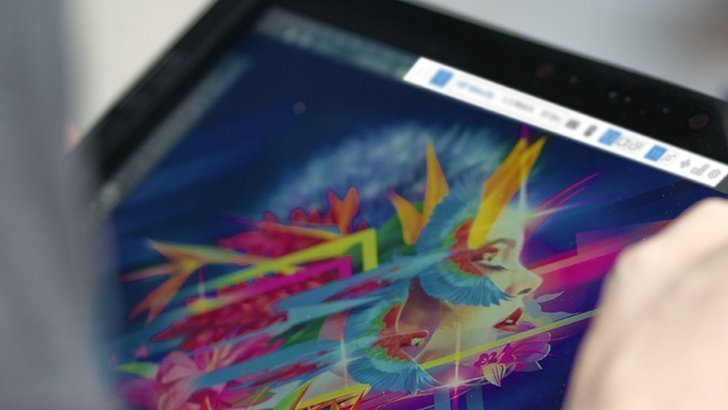 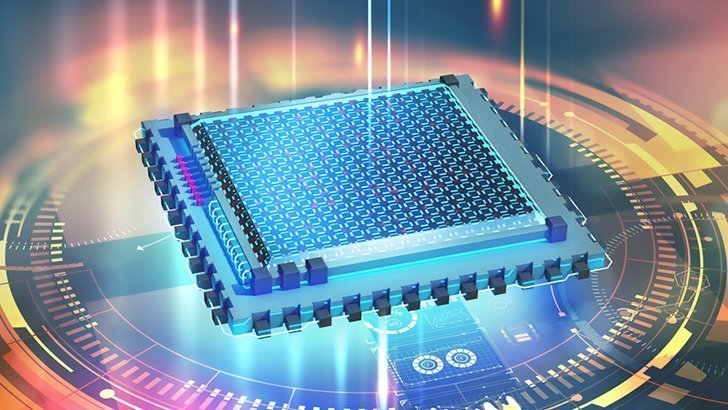 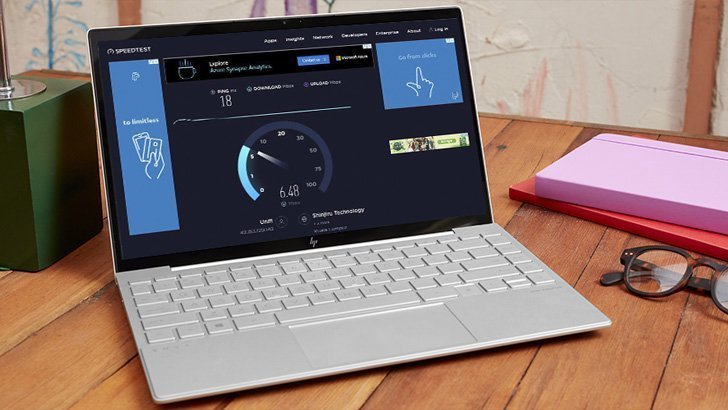 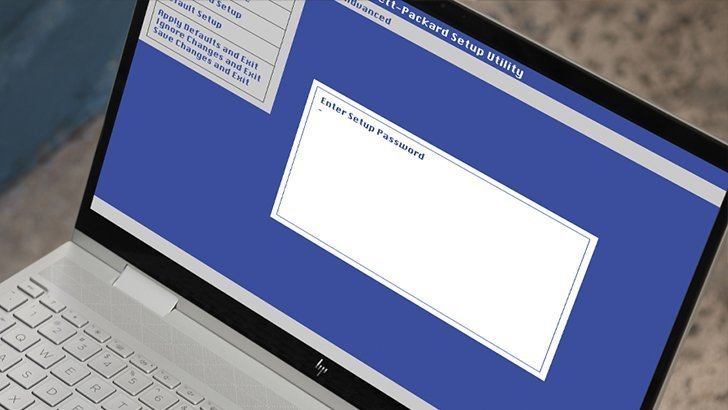 Price is inclusive of 10% VAT (where applicable).